How Much Can Be Learned? 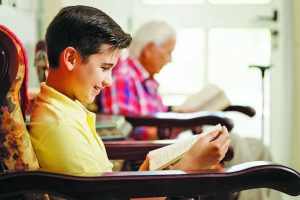 Always looking for something funny to say, my father would sometimes comment that if there was anything left to be learned he didn’t know what it was. That ‘giggle’ of course, was an absolute absurdity on its face—or was it? Most would agree that learning has no end, yet Google proposes to put ‘everything we know’ on the internet, and available for all. Everything? Well, if learning has no end, how would Google, or anyone know when we’ve reached that point, or in-deed whether it is even possible? This is reminiscent of the man who wrote the patent office seeking a list of things that had not been invented.

The search for knowledge is one of man’s oldest struggles. Some thought it could be achieved by reaching the top of the mountain. Others sought learning in the valley or through meditation. Still others thought ‘the search’ was an end in itself. Great universities rose to the challenge as did philosophies, religions, superstitions, and a world of gurus. Most would agree, we’re not there yet and would debate whether we will ever be. After all, we still don’t know why the chicken crossed the road?

Sometimes the answer belies the question. One little boy asked his father… “Daddy, where did I come from?”
His father, sensing a teaching mo-ment, went carefully into great depth and detail, concluding with the question…

“Well,” replied his son. “Johnny said he came from Chicago, so I was just wondering where I came from.”
The search for knowledge and learning remains endless. Everyone knows the Genesis story about the Tree of Knowledge, of good and evil, and the subsequent trouble that followed. Did mankind learn anything from that revelation? Questionable.

The inventors of papyrus gave us paper and eventually books. As they accumulated we felt the need for dictionaries and libraries. (Thank you Misters Webster and Carnegie.) Now we fill their halls with still more questions. The search took Darwin to remote islands and mankind still questions his findings. Edison and Tesla sought tangible answers in the invisible and intangible. Astronomers look to the stars. Spooky astrologers seek answers within the relationship of the stars, while astronauts just want to touch the stars… and some have. Have all the answers been found? Hardly! Some would say we’ve but uncovered even more questions. Indeed, maybe it is the quest that dominates the search!
Think of the great minds that have pursued this path, Solomon, Aristotle, Einstein, and others. Mathematicians seek answers in numbers but soon find themselves inundated not in solutions, but even more endless questions, hypo- theses, and theories. Physicists and Chemists look within the most minute of tangibles, but they too continue to scratch their heads. The search reduces many minds to such comics as Peanuts, and Far Side, who find absurdities in the simplest pursuit. Round and round it goes… where it ends nobody knows.
One of the pursuits emanating from this quest is world peace. Yet more than once have we experienced “the war to end all wars.” For centuries world leaders have been left in that wake.
Do you hear the child in the back seat asking… “Are we there yet? How high is up? How long is a string? If a tree falls in the woods—and on and on we go. So where do we go with learning? Maybe it is fair to ask, “Is there an answer?” I’ll venture a theory—No! Should there be? No, no, no! Where there are questions there are studies, learning, maybe answers—progress—and it is this that makes freedom and liberty so necessary. With so many new avenues of learning being opened constantly, the question just gets broader.
Parents sometimes say to a talkative child, “You ask too many questions!” Really? How else is the child to learn? Shouldn’t parents prefer to be the child’s main source of learning? Remember too parents that your child’s learning is not limited to teachers and books. Today’s generations are learning much from a variety of sources, including TV, internet, travel, friends, etc. It’s important that you stay tuned to the various inputs and offer guidance where necessary or advisable.
How much can, (will), be learned? I don’t know… but I hope we keep asking. Our grands and great grands are dependent on how we answer.