We have been in the Pandemic mode for a year and a half. Strangely, some old expressions and things are regularly being brought back to mind. It is interesting that within the last few months, we have picked up an old phrase that used to be standard in our comments. Hadn’t heard it in years. In conversation with my friend Jan, I said ‘so long, see you later.’ She came back with, ‘Okey Dokey.’

Perhaps we have been busy, all these years, upgrading ourselves, our vehicles, our clothes, and even our language. Hmmm. In that train of thought, it makes me want to go out and buy a hula hoop to twirl around in the living room and sing some of the old songs. Trouble is… I would end up playing All Fall Down. The old body is never up to what it used to be in the good old days. Also, there is the problem of having given away all the 78s and the old record player. Next, we wonder if it’s better to keep all the accumulated CDs, tapes, and recorders when with computers anything you wanted to remember could be found.

We’ve quickly learned that because of the ‘nature of the beasts’ (us) we constantly look for changes. Those changes are sought in every area of our lives. Girls used to love dressing up and now have begun paying dearly for blue jeans, the holier the better. There isn’t time in their universe to wear them long enough to create their own beat-up holiness.

After absorbing the phrase ‘okey dokey’ and noticing the number of people who have begun to re-use it, it becomes only one of many slang expressions that we are again using. Now they say, ‘Chill’ meaning keep your cool.
‘Shoot the breeze’ is when friends have an opportunity to ‘hang out’ and talk things over. Then there’s the crazy expression ‘the bomb!’ It happens to be a compliment.

I heard someone say ‘my bad’ one day. After questioning a couple of people, I learned that was a way of apologizing for something you had done.
Old slang… If you had some bad in-formation to share, you were obviously a ‘snitch.’ In order to complete a special project, you had to ‘bite the bullet.’

Everything could go ‘haywire’ if you didn’t bring it ‘Up to snuff.’ ‘Up to Snuff’ was the expression referring to the snuff habit before the use of cigarettes.

Enough of that. It’s time to get some ‘shut eye.’ Have a good time in ‘dreamville.’ 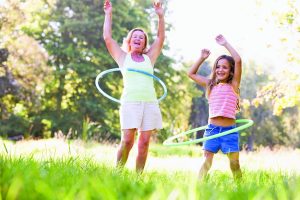