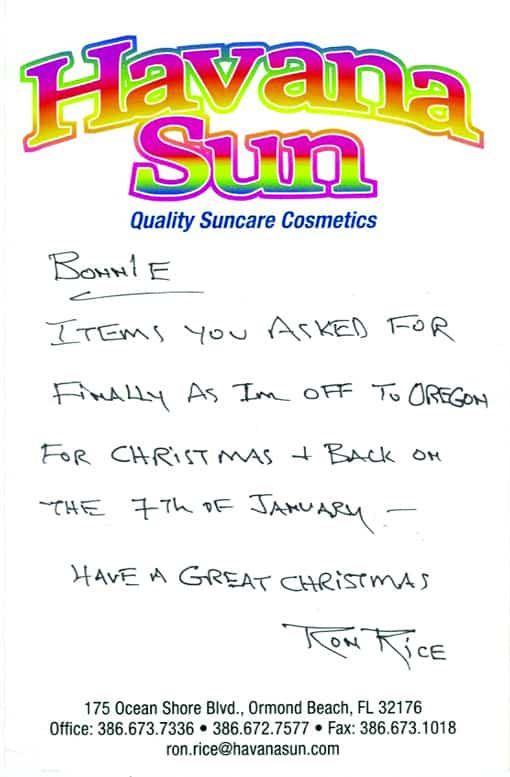 “Seniors Today” communicated with Ron Rice in 2019 to feature an article on him and then the pandemic hit and it was never published. 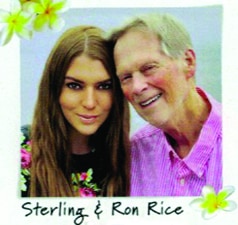 If you have lived in Volusia County for a while, chances are you know the name Ron Rice. By now, most have heard of his passing on May 19 at his palatial home on Ormond Beach. Here is the story as told by Ron Rice to Seniors Today in 2019:

Locals may recall Ron Rice started the Hawaiian Tropic Sun Care line in 1969. He had gone to Hawaii and saw the women on the beach using homemade suntanning formulas and that was his inspiration to create his own product. He moved to Florida after finishing college and was working as a teacher and lifeguard earning $4300 a year. An entrepreneur from the age of five, selling homemade products from a roadside stand, Rice knew he wanted to do more. He created his mixture in a garbage can in his garage with coconut oil, bananas, aloe, avocado oils, and other exotic ingredients. That garbage can is now silverplated and stands in Rice’s living room!

Hawaiian Tropic became the second largest suncare manufacturer in the worked with 12 manufacturing plants on five continents, grossing over $200 million per year. After achieving decades of success, raising Hawaiian Tropic to number 2 in worldwide sales, Rice decided to sell the company in 2007 for $83 million.
He started a second suntan oil company called Havana Sun! Here is what Ron Rice said about the sale of his company: “My first concern after selling Hawaiian Tropic… and still till this day… is taking care of my daughter Sterling and her mother Darcy for life.”

Here is an account in Rice’s words of life after Hawaiian Tropic: “I sat around being useless watching TV looking at newspaper obits to see if my picture was in there and saw that more than half were younger than me. I was planning to join them then realized I could live to 100 plus, so I had to wake up and learn dollar management for the family, which will be left behind. No day alive is guaranteed so take advantage of every minute and give thanks. Most of my friends and acquaintances go on cruise trips. I went on 3 I have no interest in cruising any more. I feel my whole life has been a vacation!”
Inspired by the re-opening of Cuba and the people there, Rice started the new company Havana Sun. Using what he learned from the success of Hawaiian Tropic, he and his team dove right in and launched the product in the spring of 2016.

“Luckily I found my COO (Chief Operating Officer) Matt Difebo as an executive at University of Central Florida. He was a god-send. We tried too soon to initiate successful items especially from the old Hawaiian Tropic days like going to the Cannes film festival in France and other advertising adventures… it was way to soon.

We found scammers everywhere from the top to the lowest you have to be careful. Money can go away too quickly once people know you have some.

Looking back there is an interesting thing that changed my life. I was way over weight and eating lots of food strictly for energy. Along the way at a celebrity charity event I ran into my long time friend Bruce/Kaitlin Jenner who saw me carrying a plate of food enough for an army to eat and said two words that changed my life: “half that!” Ever since, every meal I eat is half eaten and half taken home for later.
Surprise surprise! A few months ago because of the advances of DNA research I now have found that I have a second daughter born in 1968 to a girl who was deemed by every male in town to be the most beautiful girl in Daytona Beach area. She was sent for adoption and has married and had a little girl who is now a Senior at Texas A & M University. They have proven to be a great find and incredibly loving and honest people. And that’s the truth!”

Seniors Today extends it’s sympathy to the Ron Rice family. May your wonderful, fun-loving memories carry you through this difficult time.