How well do we know our history? This past year, so much has been brought up for consideration of change in our country etc. that we Americans are having difficulty knowing who, what, and why, concerning our future. The July 4, 2021 Independence Day is on its way. 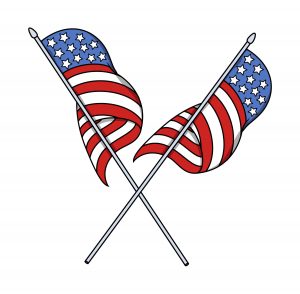 Let’s take a look and see how much we know:

1. The President who took the Oath of Office in 1809 was dubbed “All American.” He was dressed in garments made in the USA. His ‘made in America’ clothing included black shoes and silk stockings made in Massachusetts; breeches woven from the wool of New York sheep, and a Connecticut oxford cloth jacket. He was also the smallest president, weighing 100 pounds. He was President___________.
2. He wanted to be Chief Justice of the Supreme Court more than he wanted to be President of the United States. He served in both capacities—first as President, then eight years later as Chief Justice. He was the heaviest of presi-dents, weighing 300 pounds on a 6 foot frame.___________.
3. “Ma! Ma! Where is my Pa? Gone to the white House Ha! Ha! Ha!” A young widow named Maria Halpin was quite sociable. In due time she had a son and credited him to one of her suitors. The young bachelor assumed the responsibility and support costs though they were never married. The news became common knowledge during his campaign for President of the United States. In spite of the bad press, he won the election. ___________.
4. The most obscure Vice President, the one nobody knew, didn’t attend the inauguration of the President, Franklin Pierce. His oath of office was administered in Cuba. Six weeks later, in April, 1853 he died, never having presided over the Senate. __________.
5. He was described as a writer, violinist, statesman, politician, paleontologist, diplomat, numismatist, naturalist, linguist, meteorologist, mathematician, lexicographer, lawyer, inventor, horticulturist, horseman, gourmet, geographer, farmer, ethnologist, educator, classicist, botanist, bibliophile, architect, anthropologist, and President of the United States. __________.
6. This President’s administration saw him as a real “statesman.” There were more states admitted to the Union during his term than many others. Numbers thirty-nine through forty-five were: North Dakota, South Dakota, Montana, Washington, Idaho, and Wyoming. _____________.
7. July 4, 1960, the 50th star was added to the American flag. In Baltimore at Ft. McHenry National Monument. The new star represented _________. The year before the 49th star was added for the state of ______.
8. This United States President was born in Plymouth, Vermont on the 4th of July1872. He practiced law after graduating from Amhurst.____________.
9. Three presidents died on the 4th of July. ________, _______, and ________.
10. William Driver, a Salem, Massachusetts sea captain, is credited with giving our flag this name in 1824. ________.
Fireworks, picnics, sack races, festivals, ball games, the seashore—all the fun of an old-fashioned 4th of July, is available here. Take advantage of your special freedom and enjoy! Have a great day!
Trivia Answers
1. James Madison
2. William Howard Taft
3. Grover Cleveland
4. William Rufus DeVane King
5. Thomas Jefferson
6. Benjamin Harrison
7. Hawaii, Alaska
8. Calvin Coolidge
9. John Adams, Thomas Jefferson,
& James Monroe
10. Old Glory