What Ever Happened To Baseball Cards?

We have faced a year that included extra time on our hands. Many had to find things of interest to do. It wasn’t long before people were picking up new hobbies. Others found their way back to interesting old ones—like collecting baseball cards. 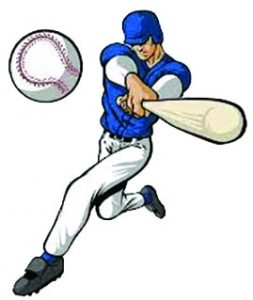 The old favorite hobbies have re-mained or been revitalized in this Pandemic year and baseball cards have become prevalent again.

As far back as 1994, writing an article for Seniors Today, I was suddenly struck with the question: What ever happened to baseball cards? Evenings and weekends were consumed by husbands and sons (as well as some daughters) with America’s favorite pastime. Whenever there was a game of baseball being aired, living rooms loudly proclaimed the possibilities of who would be the winner! Then, of course, it was time to add to the collection.

Mothers or non-fans had to find something to do during baseball’s invasion of privacy. They decided the game should be called Spit And Scratch.

Having heard the names of all those wonderful overgrown boys who ran the diamond each week—Babe Ruth, Lou Gehrig, Leo Dorocher, Ty Cobb, Mickey Mantle, and hundreds of others—in a way you couldn’t help but be grateful for a sport that could create such a binding interest be-tween fathers and sons of America.
The husband coached Little League and from T-ball to baseball our son grew up running the diamond. What a guy! He served in the Army and after five years was a civilian again.

I decided it was time to clear my home of the left-over possessions that had occupied his closet as a teenager. He was asked to come over and go through his things. Then I said I would go through them and if there was anything he wanted to keep, he could come get it.

I waxed nostalgic when, going through his closet I found so many things of sentimental value. Then came the old shoe box. Hmmm! You never know what you will find in an old shoe box that has been closed for years. I opened it and it was filled with baseball cards. I thought “He’s all grown up now. I’ll just trash these.”

The shoe box went in the garbage. That evening our son came by and I casually mentioned what I had done. Before he had time to be too upset, he flew to the garbage can and retrieved the shoe box.

Now, in the 20s, we found ourselves wondering. Who knows what will happen to baseball? When the players end up back on the fields, will they have the support of fans? Will the sport become just a memory that fades with the next generation? Will our local baseball fields eventually become soccer fields? What new sports will the boys of summer find to replace baseball?

Hold on! Recently, two grandsons were almost too busy to visit when we went to see the new/old home one resided in. They went
off in another room to trade baseball cards!