Workouts At The Rec Center 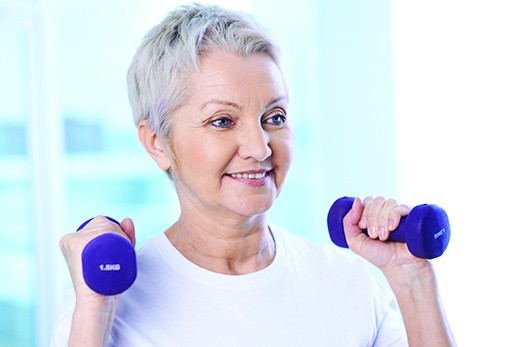 It was a two-month test, warned the senior center, to see if we’d actually show up. They even brought in a too-young male coach to put us through our paces. Although we were suspicious about his age, by the third week we agreed he knew his stuff.

He himself brought in an even younger female assistant who stayed at the front of the room demonstrating the exercises while the young male coach paced around the room, expression serious, studying us, stopping us in mid-move to instruct and praising where warranted.

Two weeks ago he brought in yet another assistant and broke us into two groups across the rec center floor. He labeled us Easy and Not Easy, saying that some of us needed to take things more slowly while others needed to put more effort into the workout. Try as I might to get transferred to the Easy group, he was having none of it.

He worked hard on our behalf, badgering the rec center to open up the weight room so he could give out some hand weights. He coaxed the local sporting goods store into donating some stretchy bands and yoga mats. Last week he brought in a diet handout, foods to eat to build muscle.

We discovered just this week, however, that we’ve all been guinea pigs, that our too-young male coach was using us as his senior fitness specialist project for college. Color us shocked! We weren’t sure how we felt about that until we learned that he’d earned an A on the project.
The other good news is that they’ve hired our too-young male coach and his two assistants on a permanent basis. we get to stay at the rec center.